Two bonuses today for my Patreon patrons!! (And technically about half of one for everyone, since I always share the WBW art.) 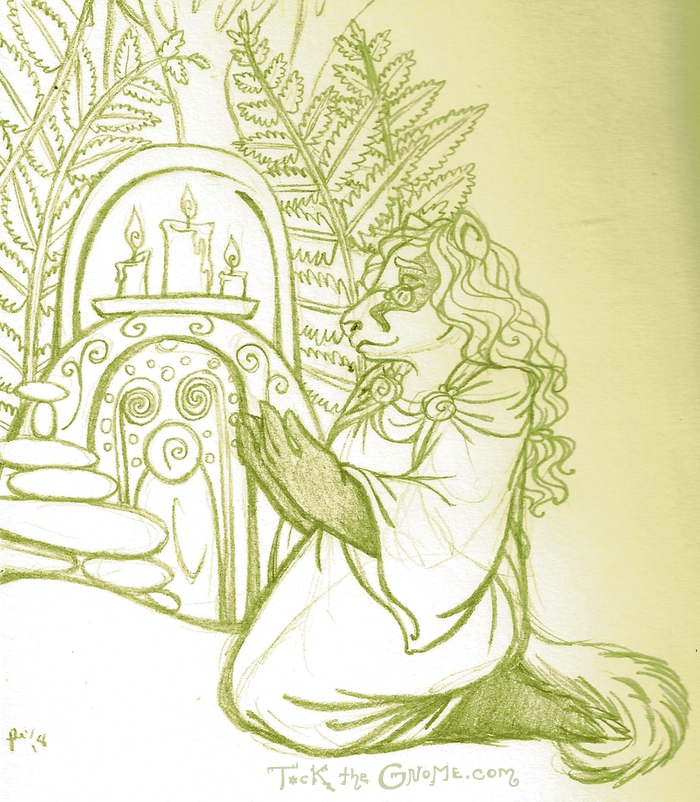 There is a LOT I could say about these guys – don’t want to give too-too much away yet, but you might be able to deduce some things from what I’ve posted about Eunan so far. As such, I will speak on one thing that ties into his own abilities: their religion.
Click here to check it out ❤
~~~

Aaaaaand secondly,  as of yesterday, this month’s Ranger-level piece is up!  Which could be called “The Chances II, also including Bumble and Prince Archibald.”

(And remember, all Ranger patrons are in the running to WIN that month’s drawing!) 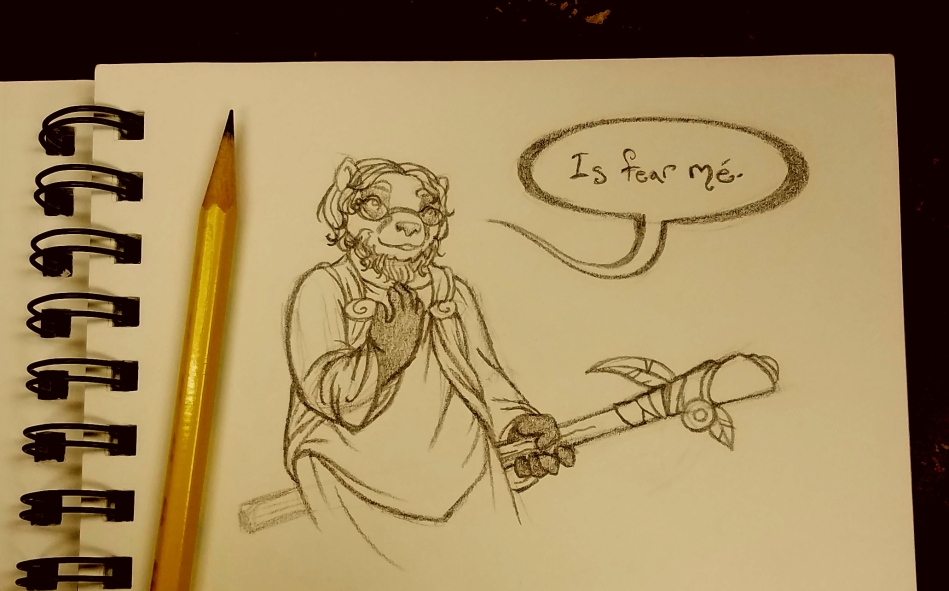 I’ve been working a bit on the Orc language lately (which I may or may not be sharing on Patreon with translations…), but that’s got me thinking about the other languages we’ll be coming across soon, particularly these lovely badger folk.
This time of year, leading up to March, always gets me thinking about my own roots too. I’m Irish, and love being so, and there’s a lot about Celtic culture that’s going to be reflected in Brogh culture (in the same way my Orcs are very very Viking).
In interest of honoring that, and not driving myself crazy having to come up with multiple fantasy languages, I have elected to have my badgers speak Gaelic. Which I am now also learning myself 😀
So have some Eunan speaking of himself!
Pronunication: iss farr may.
Translation: “I am a man.”
(Yeeeeah, very binary-centric, as the first few lessons irritatingly were, BUT interesting and important that he is saying so.)
More posts on the Brogh here.

Right Sized (or, Keep to the Forest)

A statement of intention. (Also missing at least one crew member, as I have been working on this for years and it was drawn before everyone was created, so whoops. Perhaps there will be a follow up ❤ )

I have hopes and plans for Tock’s story, but at the heart of it, I seek to remain true to Faerie. So, this is about that.

Read the story from the beginning here, or here on Patreon.

Thank you, and bright blessings!

For my father-in-law, for Father’s Day last week.

Curious as to what’s going on with this significant-looking Onna hug? Keep reading the comic ;p

Also, if you like Tock’s story and world, please consider contributing to it’s Patreon ❤

So here’s something I’ve been working on for a good while now – originally inspired by all the floofy princessy illustrations for a certain series I adore, but now, finished up as a promo illustration for this series.

Obviously speaking to Tock’s story as it is right now.

First official shot of the whole Bucket crew, and a vision of the Princess, of course 🙂 Sorry for slight spoilers about as-yet-unrevealed characters. They’re all going to be very interesting together, so I hope you stick around.